Skip to content
Artificial Intelligence, machine learning and deep learning: are they the same thing?

Artificial Intelligence, machine learning and deep learning: are they the same thing?

We often confuse the meaning of artificial intelligence, machine learning and deep learning. What are they?

The world of Artificial Intelligence is huge, but we often associate everything under its terminology. Besides A.I., there is also machine learning and deep learning.

What is the relationship between them?

Artificial intelligence (AI) belongs to everyone. Not only professionals employ it in their work, but also we, less experienced people, use it in everyday activities. Continuous machine learning and facial recognition technology are just a few of many examples.

Very often, however, we tend to call everything Artificial Intelligence. The world of AI is wide and obviously we can’t classify everything under its heading.

This is also the case with learning models, such as machine learning (ML) and deep learning (DL). Due to speed and lack of knowledge, they are not properly distinguished from each other. On the contrary, they are recognised as ‘Artificial Intelligence’ in general.

The field of AI is difficult, which is why our goal is to make it understandable for everyone, as we have already done with computer vision tasks.

Therefore, a question now arises to be answered. If AI, ML and DL are not the same thing, what is the relationship between them?

With the help of this image, you will already learn the main information. 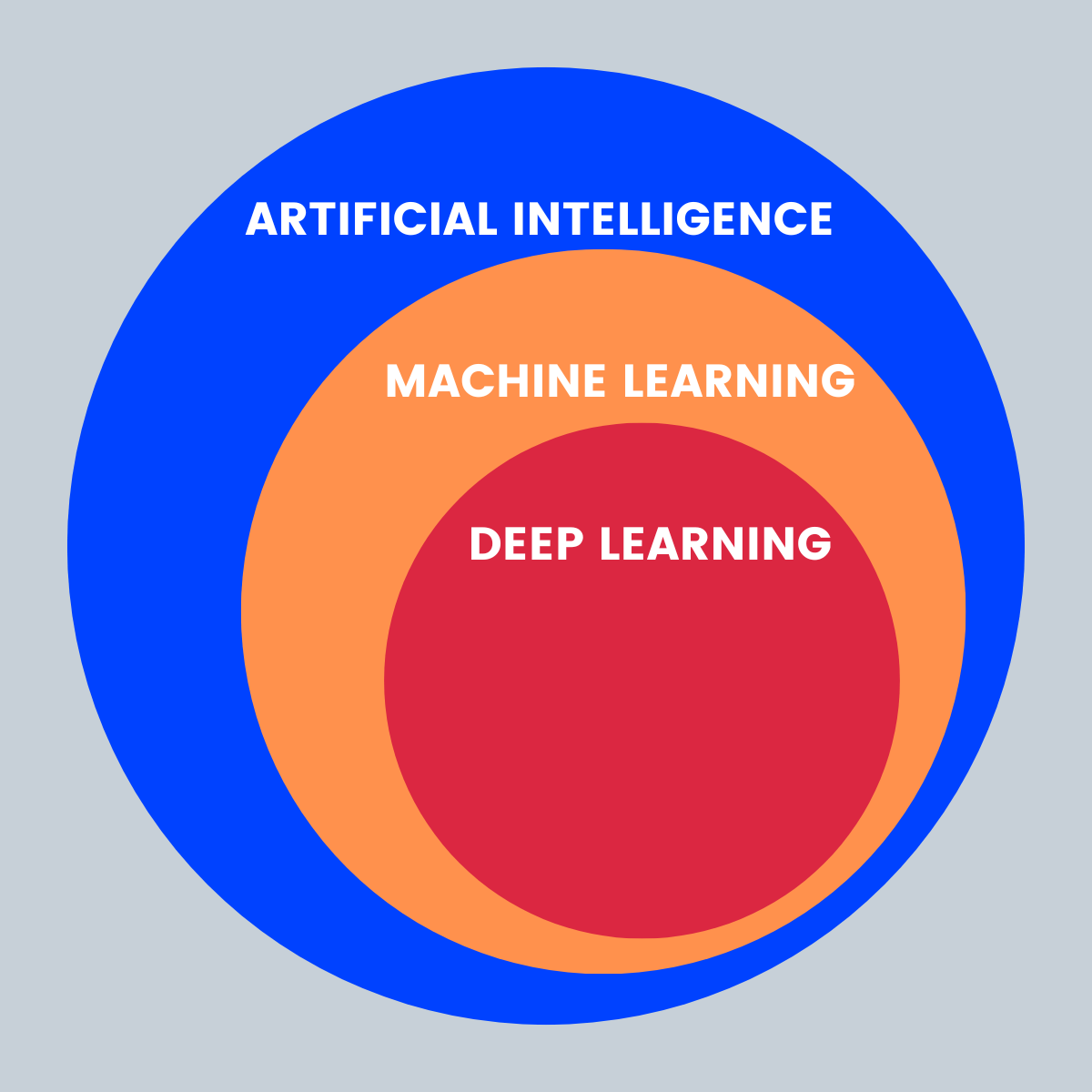 The relationship between AI and these learning models is now clear. Therefore, let us get to know them a little more closely:

These brief definitions hide inside broader details that we will now present in a simple but comprehensive manner.

Before going into all the details about AI and its subfields, it is interesting to know when AI was born.

Sit comfortably and let’s go back in time! 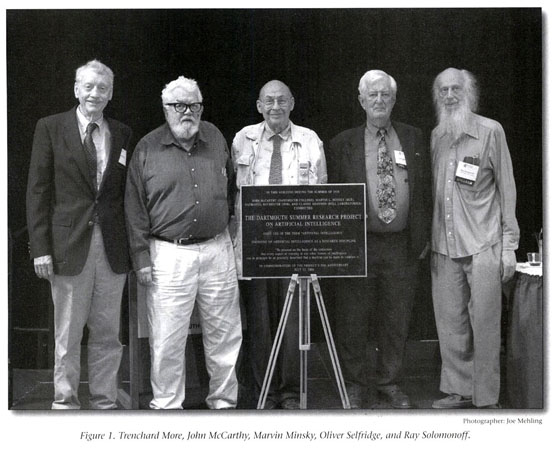 It is 1956, the official birth year of artificial intelligence. This photo was taken during the Dartmouth Summer Research Project on Artificial Intelligence (DSRPAI) seminar.

John McCarthy and Marvin Minsky brought top researchers from various fields together at Dartmouth for an open discussion on AI. It was McCarthy himself who coined the phrase ‘Artificial Intelligence’ and laid the foundations of the orientation of the field. [1]

This event undoubtedly marked the beginning of a new era. It is evident.

All the research and progress over time has led (and will lead) to ever more improvements in the whole field of artificial intelligence.

Now let’s go back to the main point. From a more in-depth point of view, what does Artificial Intelligence contain?

AI systems are classified by their ability to imitate human behaviors, the hardware they use to do so and their applications. Essentially AI systems fall into three types. Let us get to know them. 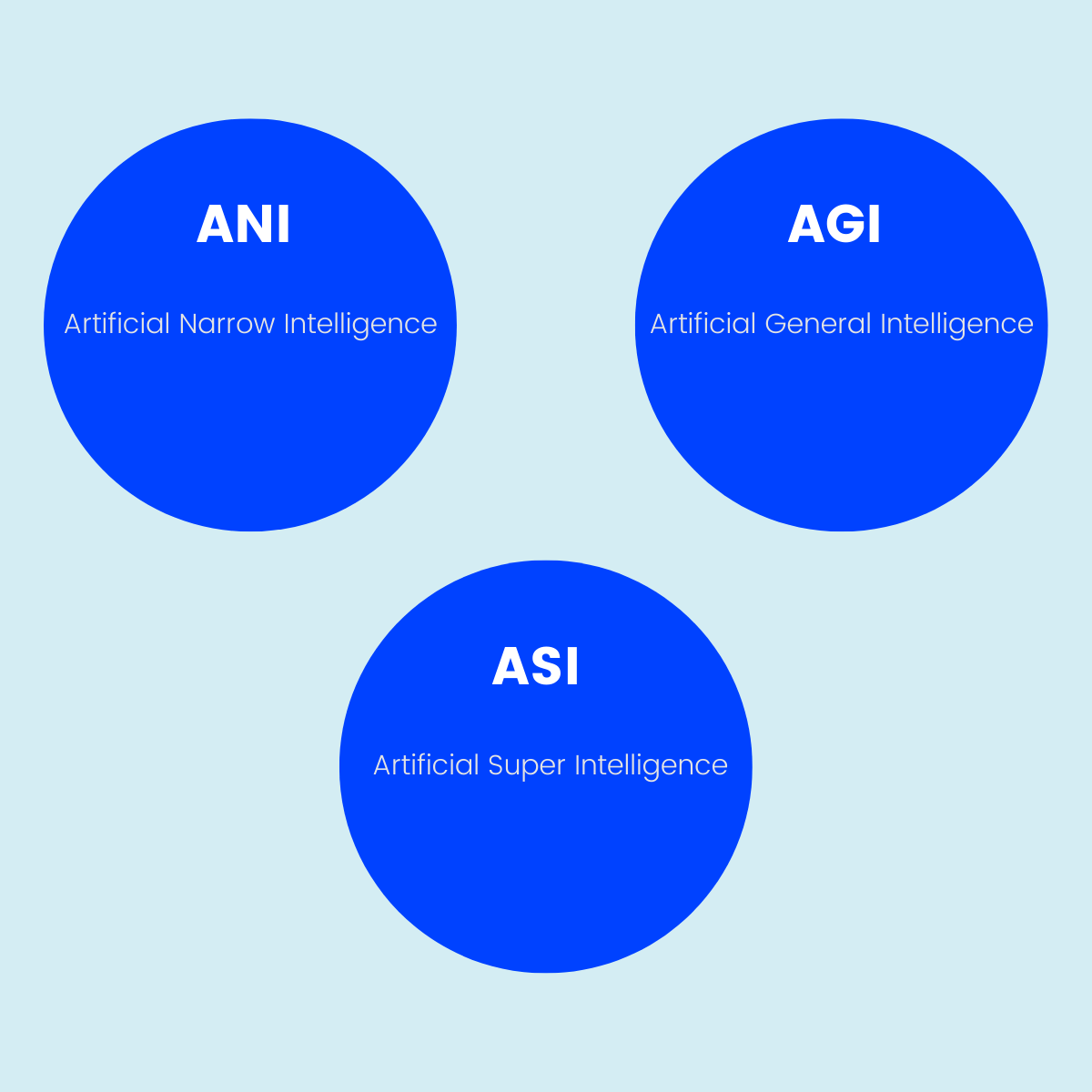 We continue with machine learning.

It builds systems that have the ability to learn and improve automatically from experiences. Therefore, the algorithm, trained by providing it with a lot of data, learns more about the processed information.

We will learn about the main three categories of ML algorithms. 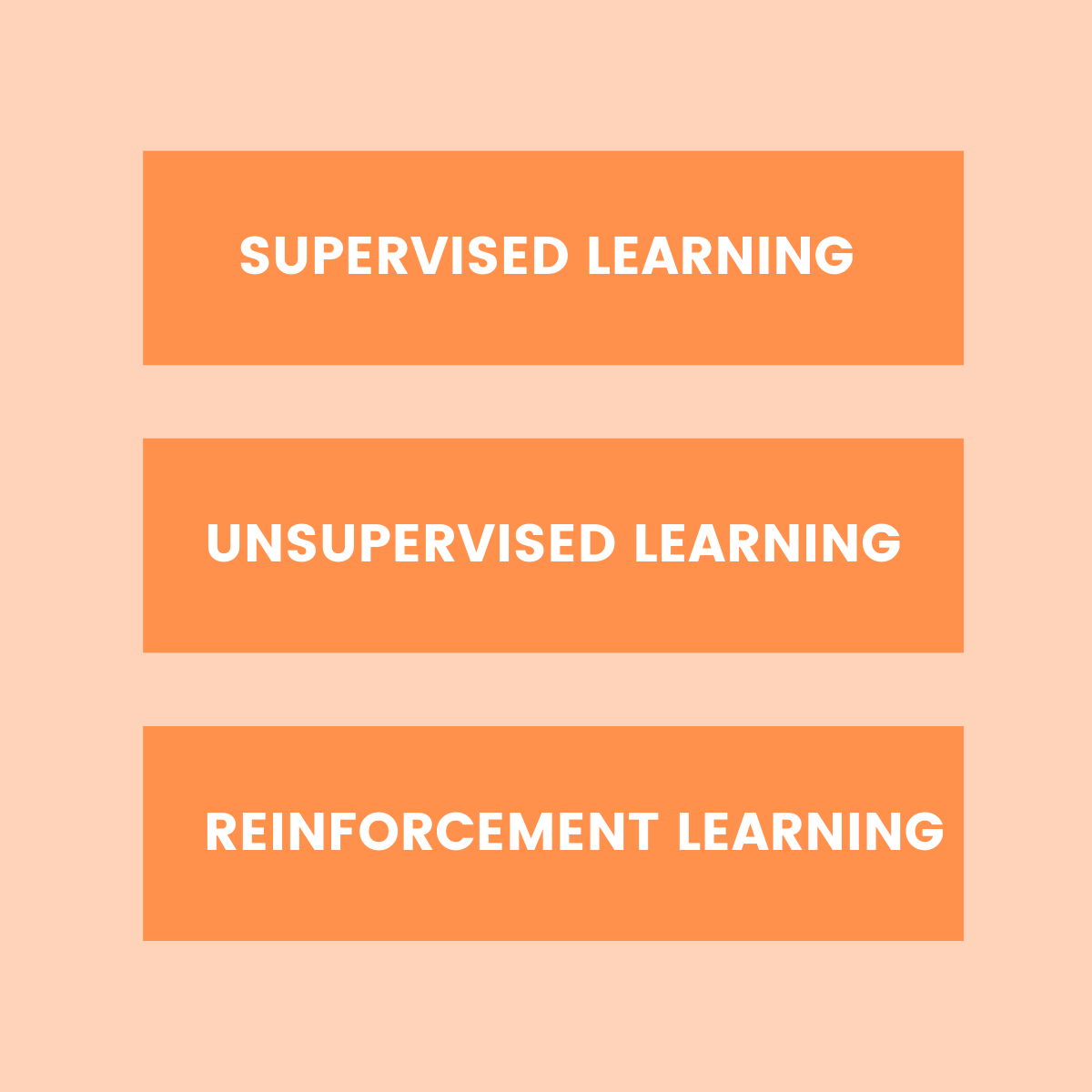 Finally, it is the turn of deep learning.

Deep learning is a technique inspired by the way the human brain handles information.  Three network architectures mainly mark it, which are presented below. 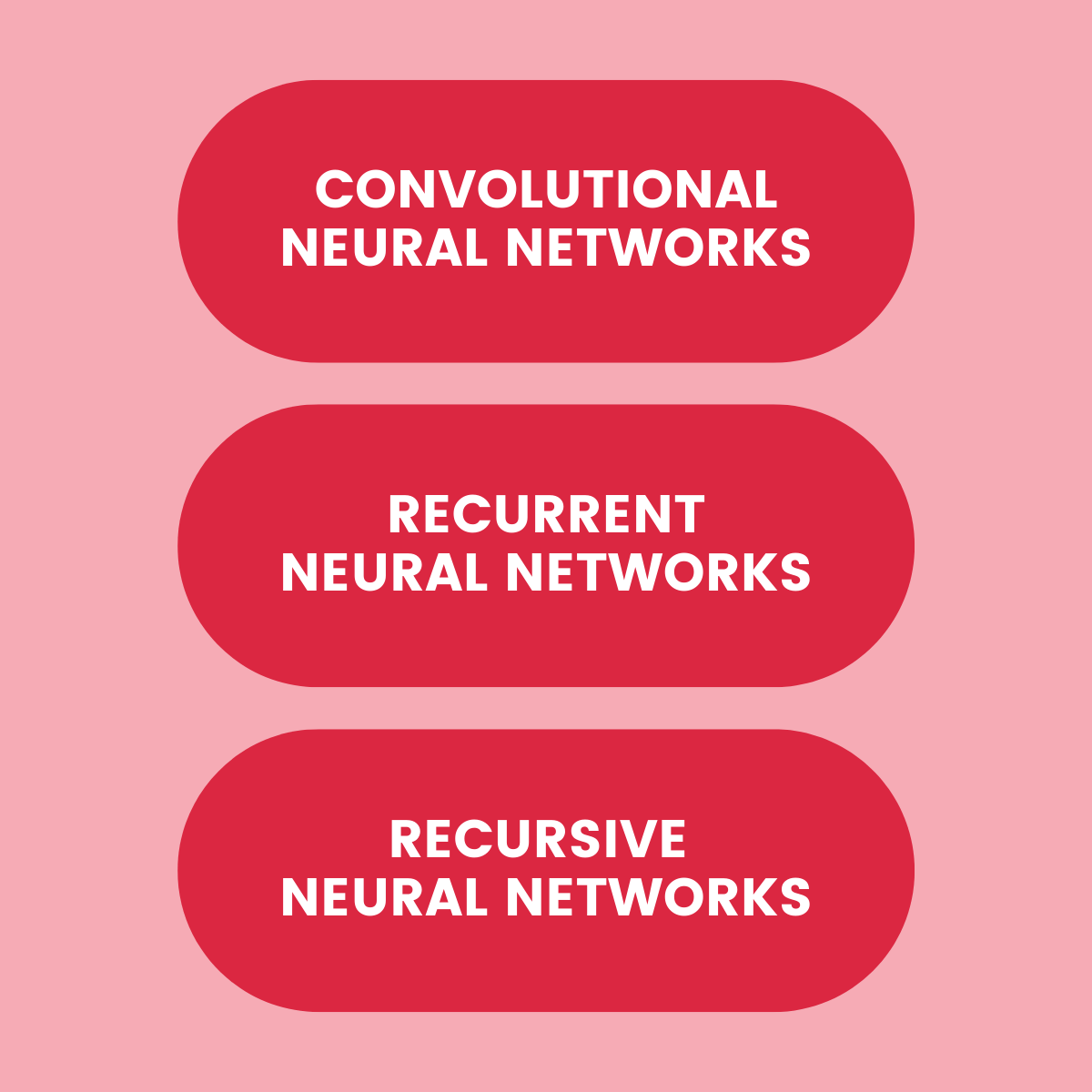 Everything should now be a little clearer. In order to further understand and avoid any doubts, we will compare AI and especially the two learning approaches.

Before giving the last but at the same time important definitions, it is good to make a short summary.

First, AI is an algorithm that  exhibits intelligence through decision-making.
ML is an AI algorithm that enables systems to learn from data.
Finally, DL is a ML algorithm that uses neural networks to analyze data and to provide results.

The main purpose of AI is a first differentiator with the two learning models. While for AI the purpose is to increase the probability of success, for ML and DL it is to increase accuracy.

Moreover, it is very important to remember that it is all closely related. The performance of AI, in fact, is that provided by ML and DL. So what does their performance depend on?

Everything is obviously related to the main features of ML and DL. Let’s find out.

Machine learning works well on small and medium datasets and is capable of running on CPUs. Features have to be identified manually, but it is quick to train.

Instead, DL performs well on large datasets and it can function on significant computing power, that is GPU. It learns features automatically, but in this case the training time is higher.

Differences between ML and DL represent the essence of the two models: different but dependent. Together they are able to perform many tasks and make AI extremely efficient.

Which human skills will learning models acquire next?